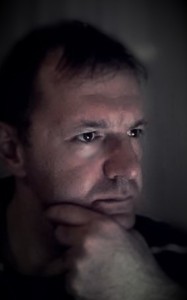 Vojin Rakić, Full Professor, is Founding Director of the Center for the Study of Bioethics and Head of the European Division of the International Chair in Bioethics, Cooperating Center of the World Medical Association (WMA). He is also Chair of the Cambridge Working Group for Bioethics Education in Serbia. Rakić has a PhD in Political Science from Rutgers University in the United States (1998). He graduated philosophy in Serbia, and has MA degrees in European Studies from the Central European University in Prague and from the Department of Political Science of Rutgers University. He worked as a senior research fellow at the Center for Higher Education Policy Studies at the University of Twente in the Netherlands (1999-2001). Between 2001 and 2003 he was a U.N. Special Adviser to the Government of Serbia. Since 2003 he works as a university professor in Belgrade. Rakić publishes primarily in English. His publications include various books and edited collections (his latest two books on moral enhancement Rakić published in 2021, ed. Springer), as well as numerous articles from the domain of (bio-)ethics, and political philosophy (recent publications: articles in the American Journal of Bioethics; the Cambridge Quarterly of Health Care Ethics; Medicine, Health Care and Philosophy; Bioethics; Journal of Medical Ethics; Annals of Internal Medicine; Nature etc.).